In this module, the students create Android apps using the MIT App Inventor and working in small groups. In case the students want to take their apps home they have to bring their own USB-stick.

Laptops and smartphones are provided by the InfoSphere. 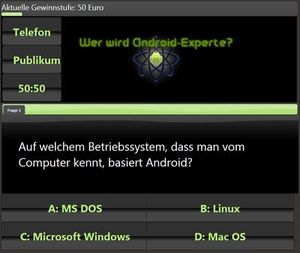 The module is divided into five phases.

In the first phase, the students play an online quiz in groups of two. By taking the quiz the students gain all the required knowledge to work with the App Inventor.

The second phase is an introduction to the App Inventor's graphical interface. Due to this phase, the access to the program is easier and thus the motivation is increased.

During the third phase, the students gain their first experience with the App Inventor by creating their first app. It contains the basic elements button, label  and sound.

The fourth phase is a frontal unit which makes the problems and quirks of the App Inventor a subject of discussion. Additionally, the operating principles of different layouts are demonstrated, those are required for more demanding projects. 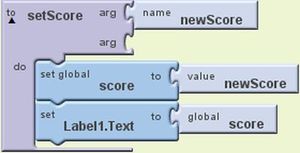 During the fifth phase, the students create their own game app. Therefore, each group decides on one out of four different games. Later on, the students can decide to program another game or expand their first one based on their own ideas.

At the end of the module, every group presents its app and has the opportunity to discuss their experiences with the other groups. 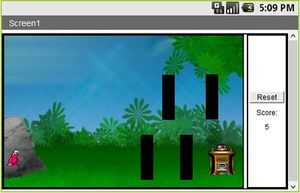 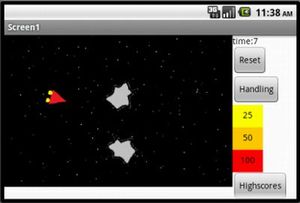 Attention: This module's material is available in English. If there is enough preparation time, a conduction in English will be possible.